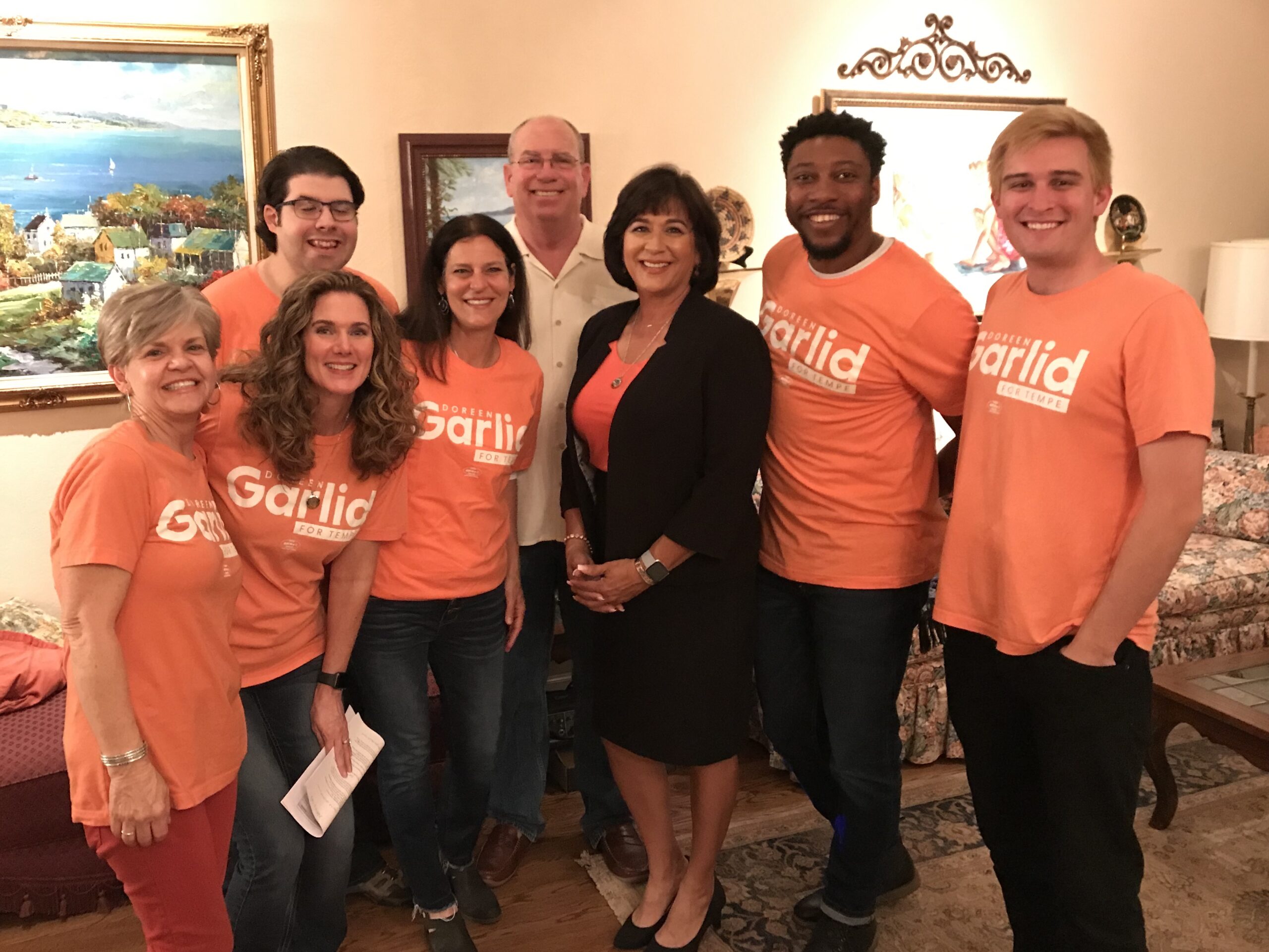 Tempe, Arizona – Based on unofficial returns in the March 10thTempe City Council election, longtime Tempe resident and political newcomer Doreen Garlid won a seat on the Tempe City Council. She declared victory Tuesday night, receiving the most votes of any candidate, including the council incumbents and mayoral candidates.

“The results are in. I’m honored and humbled to announce that Tempe voters elected me to be their next city council member,” Garlid announced. “I want to thank the voters of Tempe for their overwhelming support and generosity. This victory is because of YOU: my outstanding campaign team, volunteers, donors, family and friends. I look forward to the next four years of working in partnership with you and carrying out the vision you elected me to achieve.”

Garlid ran her campaign on a 30-year track record of community leadership and over 50 high-profile endorsements. Her campaign priorities included giving neighborhoods a voice, making public safety a priority and advocating for more affordable and workforce housing.

“Our campaign was different by design,” said Nancy Puffer, Garlid’s Campaign Chair and Communications Manager. “We didn't always follow the conventional campaign formulas. Our core team was not comprised of politicians, but a group of local leaders, mothers and experts in their own fields who brought their specific skills and talents together to get Doreen elected - and it worked. Someone referred to us as the ‘un-campaign’ and I think that’s pretty fitting.”

Garlid is a married mother of four grown children and a member of the Navajo Nation. She will make Tempe history as the first Native American to serve on the city council. In January, she was honored with the City’ of Tempe’s 2020 MLK Diversity Award for her outstanding and lifelong commitment to elevating Navajo culture and history.

The election results will be updated daily at 5:00 PM until all ballots are received and counted. Then, the three winners will officially be declared. The winners will begin their council terms in July 2020.